In late 2015, the GCNC conducted a survey to understand how Canadian stakeholders – from the private sector, civil society, and others – perceived the Sustainable Development Goals (SDGs) and how we could inspire increased levels of participation to achieve the Goals. The survey generated a large number of insightful responses, which helped Canadian businesses, the Government and civil society organizations to identify opportunities to strategically adopt the SDGs.

Now, in 2017, the GCNC conducted another survey to understand the potential changes in the prioritization of the SDGs – since the previous survey, and understand how Canadian organizations are implementing initiatives to embed the SDGs into their operations, as well, how they track and report on their progress thus far.

In this webinar we will be discussing our findings from the new survey, comparing the results from the earlier survey. As Canada turns 150 this year, we will also take a look at the vision that Canadians have for Canada 15 and 150 years from now and where the SDGs fit in this vision.

This webinar is free for all to attend; registration will close on February 28 at 12:00 PM (EST). The webinar recording will only be available to GCNC Participants after the webinar. For all inquiries, please contact Jules at jules@globalcompact.ca 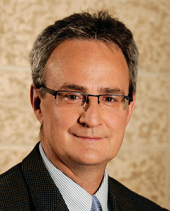 Prior to joining Agrium, Doug worked for Monsanto Canada Inc. He is a graduate of the University of Manitoba, where he earned his Masters degree in Soil Science.

He also participates on the Boards of the Nutrients for Life Foundation Canada, the Climate Change Emission Management Corporation, Alberta Innovates, Energy and Environmental Solutions, and Agriculture for Life. Additionally, he is a member of the Sustainable Agriculture and Food Systems Thematic Group, responsible for making recommendations to the UN Sustainable Development Solutions Network.

Doug and his family reside in Calgary, Alberta. He also owns a small farming operation east of Rivers and Oak River, Manitoba. 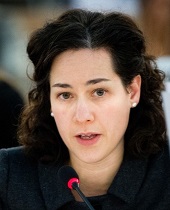 Elissa Golberg was named Assistant Deputy Minister – Partnerships for Development Innovation at the Canadian Department of Foreign Affairs, Trade and Development in February 2015.

A career foreign service officer, Ms. Golberg has successfully pioneered complex policy initiatives and led multi-disciplinary teams working on significant international peace and security, human rights, and emergency management challenges. From 2011 to 2015, Ms. Golberg served as Canada’s Ambassador and Permanent Representative to the United Nations in Geneva and to the Conference on Disarmament (2011-15). Some of her recent previous roles have included Director-General of the Canadian Government’s Stabilization and Reconstruction Task Force (2009-11); Representative of Canada in Kandahar, Afghanistan (2008-9); Executive Director of the Independent Panel on Canada’s Future Role in Afghanistan (“the Manley Panel”) at the Privy Council Office (2007-8); and Director – Humanitarian Affairs and Disaster Response Division (2005-7).

Born in Montreal, Ms. Golberg holds a Master’s degree in International Relations, and a Bachelor of Arts in Political Science and History. She is a recipient of the NATO ISAF General Service medal, the Queen’s Jubilee Medal, the Public Service Award of Excellence, and 3 Ministers’ Awards for Foreign Policy Excellence. She has been named a World Economic Forum Young Global Leader, and is a member of the Forum’s Global Agenda Council on Violence and Fragility. She has published articles on humanitarian and fragile state-related matters. 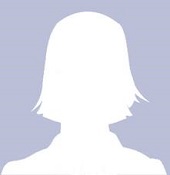 Deirdre Kent is the Director-General for Development Policy within Global Affairs Canada responsible for the advancement of strategic development policy and emerging issues, including the 2030 Agenda for Sustainable Development.

Since joining the Foreign Service in 1994, Ms. Kent’s career has focussed on multilateral diplomacy including international development policy, peace and security issues and human rights.

From 2012-2015, she was responsible for operational responses to complex crises, police and civilian deployments and program finances with the Stabilization and Reconstruction Task Force (START) which coordinates Canada’s whole-of-government engagement for stabilization and reconstruction in fragile and conflict-affected states.

Previously, she served for 4 years as Director of the Development Policy and Institutions Division with responsibilities within the Foreign Ministry for international development policy, food security and international financial institutions. Her last overseas assignment was as Human Rights Counsellor at the Canadian Permanent Mission to the United Nations in Geneva, Switzerland from 2002 to 2006, where she was elected Rapporteur for the United Nations Human Rights Commission in 2005. She has also served abroad in Israel and the West Bank/Gaza.

Deirdre Kent holds a Bachelor of Science and an International Masters of Business Administration (MBA). She is married with two children. 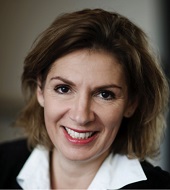 The Global Compact Network Canada is led by Helle Bank Jorgensen who was appointed as the UN Special Advisor to the Global Compact in 2013. She was most recently invited by HRH Prince of Wales to serve at his A4S Expert Panel.

Ms. Jorgensen brings over 25 years of experience advising leading global companies, investors, and governmental and non-governmental institutions, such as the Danish Government and the EU on reporting. She has also advised the IFC, the World Bank Group, and SIDA on Responsible Global Supply Chains. Ms. Jorgensen has also served at the Council of DANIDA, while she was based in Denmark.

Prior to living in Canada, she lived in Denmark and the US, where for 11 years she was a partner with PwC, leading the sustainability and climate change practice. Ms. Jorgensen has authored several books, penned numerous articles and is a recognized speaker at events. Ms. Jorgensen holds a degree as Business Lawyer (1989), Master of Science in Business Administration and Auditing (1994), and is a State Authorized Public Accountant (1998).

She has also been interviewed by Forbes on how to Leverage Gender Diversity To Yield High Financial – And Human – Returns and is a frequent contributing author for GreenBiz. Her most recent article is on how women-owned businesses can be a vehicle for change. As well, Ms. Jorgensen was invited to speak at the UN HLP on Women Economic Empowerment and is the CEO of a certified Woman-Owned business.

Join the Global Compact Network Canada for a webinar and an interactive discussion on the findings of our SDG Survey 2017.

Hear from representatives from Global Affairs Canada and Agrium about engagement that the Canadian Federal Government would like to see from the private sector, as well as examples of best practices.