SDG 5 – Why Canadian Businesses Should Shift Gear Towards Gender Equality

SDG 5 – Why Canadian Businesses Should Shift Gear Towards Gender Equality “Feminism is about equal rights and opportunities for men and women, about everyone having the same choices without facing discrimination based on gender. Equality is not a threat; it is an opportunity.” ~ Honourable Canadian Prime Minister, Justin Trudeau  gender equality

Canadian P.M. Justin Trudeau is a self-proclaimed feminist. The Trudeau cabinet has an equal number of men and women, and he is calling on world leaders to follow his government’s lead on addressing gender equality as it is an important issue to be addressed by not only governments, but also businesses. gender equality

In Canada, although P.M. Trudeau’s prioritization of gender equality received critical acclaims both nationally and globally, this effort needs to be matched by Canadian businesses and organizations. In the latter part of 2015, the Global Compact Network Canada (GCNC) conducted an SDG survey targeted towards Canadian businesses asking them to prioritize the most important Sustainable Development Goals in four different categories and the support they would like to see from GCNC in order to advance the goals. The survey found that “Gender Equality” was not ranked among the top priorities for most Canadian businesses. 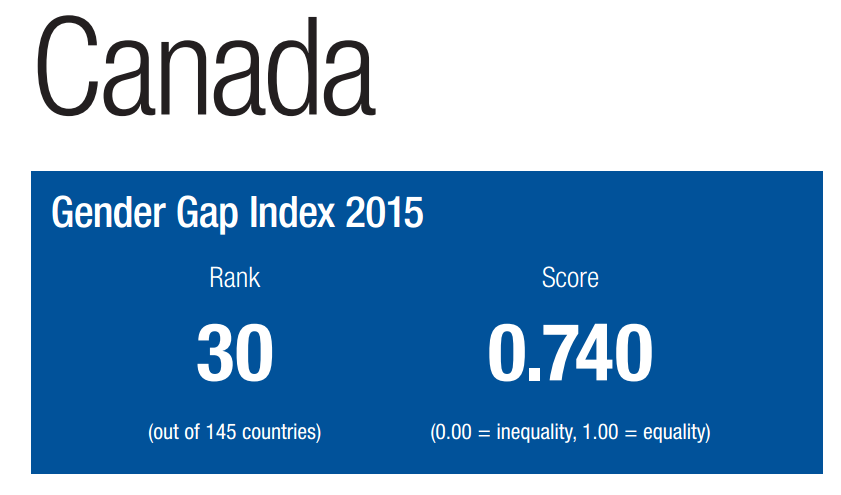 The consequence of such prioritization reflects in the Global Gender Gap Report 2015 prepared by the World Economic Forum, in which Canada occupies the 30th spot in the overall global ranking. The ranking shows that Canada holds the 1st position globally in terms of ensuring education for women. However, Canada fares relatively poorly in terms of Economic Empowerment, Political Empowerment, and Health Safety, which in turn suggests that Canada is not properly utilizing and professionally nurturing its female workforce. gender equality

Although the ranking is expected to improve slightly in 2016 with the gender parity in P.M. Trudeau’s Cabinet, which promotes the political empowerment of women; there is nonetheless, a significant room for improvement, with Canadian businesses being required to come forward and address gender equality in their policies and practices.

The Global Gender Gap Report also highlights that “empowering women means a more efficient use of a nation’s human capital endowment and that reducing gender inequality enhances productivity and economic growth.” Thus, when countries achieve gender equality it also gives the country an opportunity to maximize its competitiveness and economic potential.

“Gender Equality” (SDG 5) is one of 17 Sustainable Development Goals (SDGs) that make up the Agenda 2030 for Sustainable Development. SDG 5 aims to ensure an end to the discrimination of women and girls everywhere. The goal’s nine targets refer to a range of challenges, such as discrimination of women, violence against women, reproductive health, ownership rights, and to enhance the use of enabling technology to promote the empowerment of women. However, the challenge is not only to ensure equal rights, but also to ensure active participation of women in discussions on sustainable development. This is where, businesses have a key role to play in advancing gender equality. gender equality 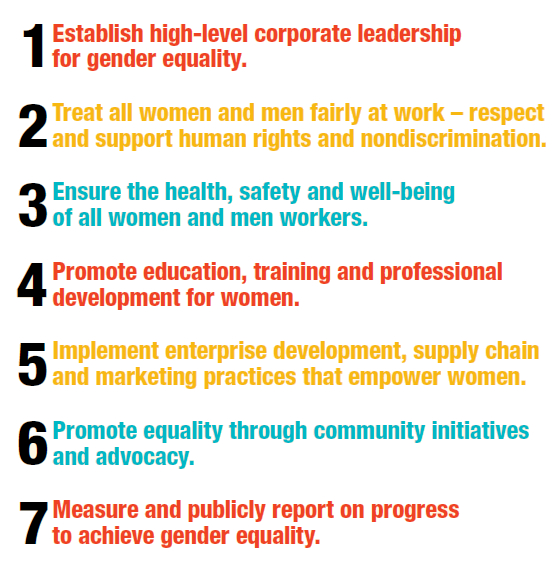 To support the business case for Women’s Empowerment, the UN Global Compact in collaboration with UN Women developed seven principles to help businesses promote gender equality and women empowerment in the workplace, marketplace, and community. These principles came to be known as the Women’s Empower Principles, to which more than 1,226 business leaders around the world have signed on to de demonstrate their support and leadership on gender equality.

During the Women’s Empowerment Principles Annual Event held in March 2016, in observance of International Women’s Day, the UN Global Compact brought together inspirational business leaders, including innovative female entrepreneurs, with civil society, and the UN and Government, to scale-up business action toward empowering women and girls. Through high-level panels and interactive sessions, participants delved into how diverse companies around the world are implementing the Women’s Empowerment Principles and helping to achieve the SDGs.

Lise Kingo, Executive Director of the UN Global Compact (UNGC) called on staff members at the initiative’s headquarters in New York to pledge to refrain from taking part in or to host panels comprised only of men. Through this effort, the Global Compact’s male employees can help advance gender equality when they are invited to speak on an all-male panel by asking to substitute a female colleague, raising the importance of women speakers if they do attend the event or declining the speaking engagement. In the same manner, GCNC said “no” to all female panels – this is equally important as it demonstrates that gender issues are not just women’s issues. 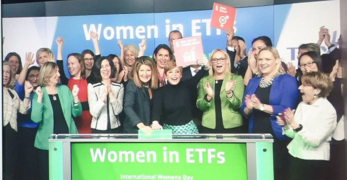 Here in Canada, on March 11, 2016, the Global Compact Network Canada (GCNC) celebrated International Women’s Day by “Ringing the Bell” for Gender Equality at the Toronto Stock Exchange. The GCNC was proud to partner with Women in ETFs, Sustainable Stock Exchanges Initiative, UN Women, IFC, and The World Federation of Exchanges to co-host this event to raise awareness about the importance of gender equality to sustainable development and business including Women in Finance through an interactive panel discussion with an engaged audience.

Given the importance of maintaining dialogues on gender equality, and to encourage businesses to converse, network, and share best practices, GCNC in collaboration with WEConnect International Canada are hosting an event on “Corporations & Women Entrepreneurs: Changing the World together through Diversity”, on May 25th 2016 in Toronto.

GCNC will continue its support to improve business practices in Canada, to provide a framework for businesses at the national level, and work collectively to raise the bar for gender equality.